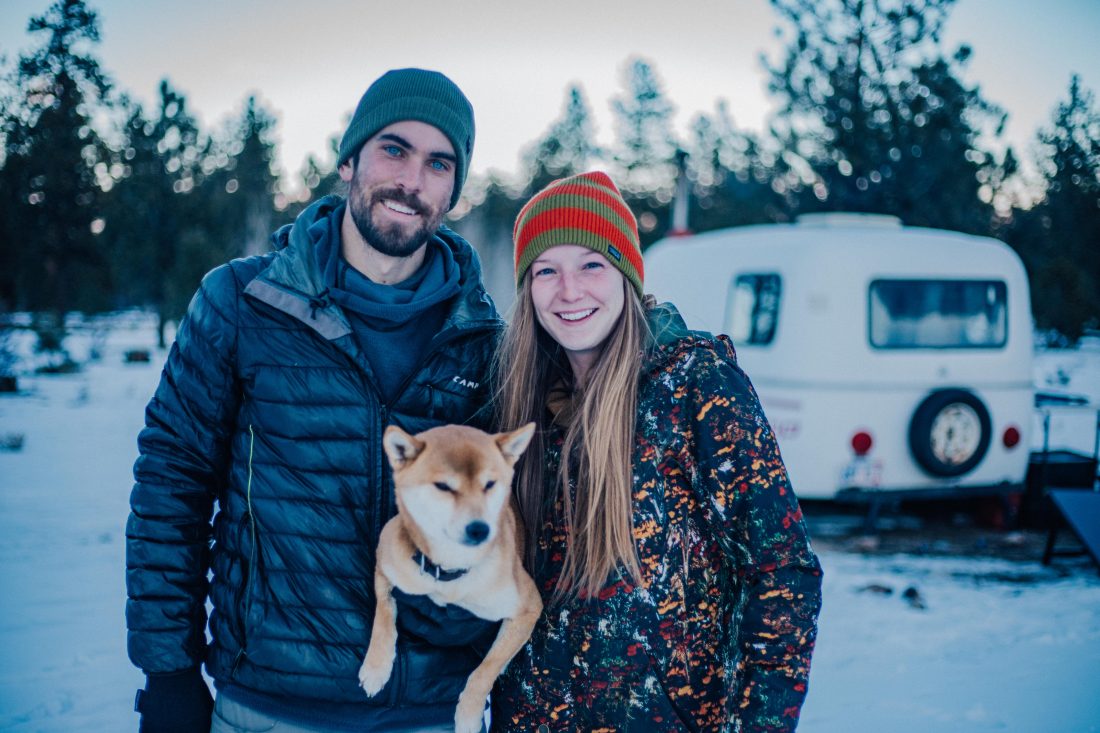 Looking into her rearview mirror while driving through the Colorado wilderness, University of Kansas alumna Elsa Pageler always has her home in sight — all 13 feet of it.

Pageler, 28, has been living on the road in a Scamp trailer with her partner, Barron Link, and a Shiba Inu named Kamp for almost three years. She documents their adventures and challenges on her Youtube channel, which currently has almost 255,000 subscribers. Together, they have traveled through Colorado, Arizona and Utah, and they’re currently on the road in Montana

“People think that this is truly a wild and scary thing; I might think so if I was outside of the lifestyle,” Pageler said. “It’s not as scary as it might sound.”

True, living inside a 13-by-6-foot, eggshell-shaped trailer entails utilizing every inch of space and making sacrifices. The trailer does not include a bathroom — instead, Pageler and Link use a shower bag and public toilets. Many aspects of the Scamp have also been heavily modified to allow it to be used as a long-term living space. Standard-issue amenities such as benches and sinks have been removed or covered up to make room for more storage, and custom drawers and cabinetry have been installed.

But living in a trailer doesn’t mean living off the grid.

Pageler said her lifestyle depends on having access to the internet. She uploads videos regularly to her channel and profits off ad revenue, while Link designs and builds websites remotely for clients. They use a Wi-Fi hotspot to access the internet from the trailer, she said, but they can always stop in a town if the connection is bad.

“As long as we have internet, we can really work from wherever we need to in the world, which is sweet,” Pageler said.
When she and Link originally bought the trailer, Pageler said, they were mainly trying to save money.

The couple were living in Kansas City at the time, and she said they were looking for an alternative to the high rent they’d been paying for their apartment.

But over time, she discovered there were other benefits to living in the Scamp. She said she didn’t realize how stressful life was in the city until she started living on the road.

“There’s not that constant fight-or-flight stress, like how...Read more

Watch for tips on Career Week in LA!